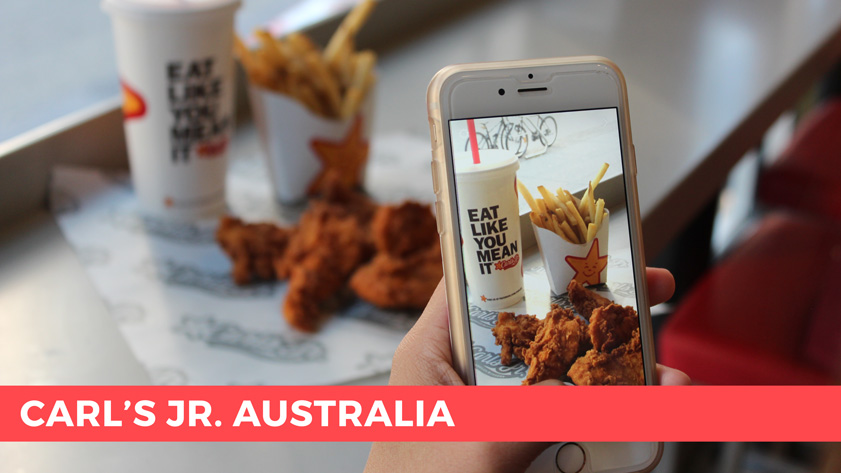 So when experiential agency George P. Johnson approached us launch and manage the social media accounts for Carl’s Jr. Australia, we jumped at the opportunity with napkins in our laps and refillable cups in our hands.

The three-year project included launching and maintaining the official Carl’s Jr. Australia social media channels as well as store pages for the first 3 locations and executing live social activations at each store opening.

There were also social-first activations in action, which rewarded customers for sharing photos of their Carl’s Jr. experience on social channels.

A mix of curating user-generated content and custom content including images, GIFs, animations, memes and video increased organic engagement and channel growth consistently since the launch.

We placed a strong focus on community management with daily monitoring of all social channels, including outside of business hours and on weekends.

A paid promotion strategy was implemented for Facebook and Instagram to build the audiences on these platforms, and create buzz around store openings and other activity.

Our entire approach to managing social media channels for this client combined the Carl’s Jr. global branding with content that would resonate with an Australian audience.

Some of the biggest achievements were hitting huge growth and engagement milestones across social channels and having content shared on other Carl’s Jr. channels internationally.