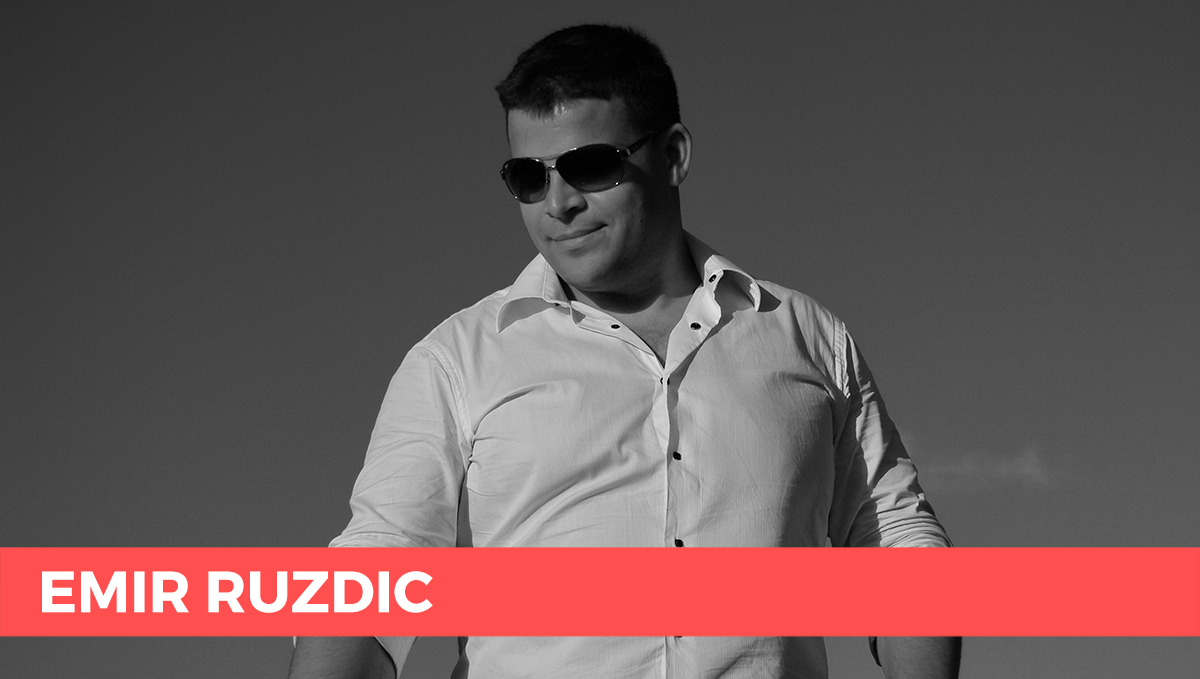 In this week’s rendition of #Dreamteam, we’re back to present to you Jaden Digital’s one and only Head of Technology, Emir Ruzdic.

Smooth sailing through the IT world for the better part of his life, Emir has notched up a lifetime of technical finesse and expertise working across a wave of industries. From security and enterprise IT to systems administration, engineering and app development, Emir has crossed all oceans.

Sometimes you’ll find Emir confidently rocking a pink t-shirt at the office, but for greater majority, he’ll be proudly wearing his white boat shoes and on a special occasion, his entire sailor outfit.

The only thing you’ll find Emir frothing over harder than delivering a broadside in his tireless dedication to the pursuit of reason, is sport. Mountain biking, rollerblading, skiing, Brazilian jiu-jitsu, rock climbing, squash, table tennis…you name it, Emir has learnt the ropes and mastered it.

Oh, and did we mention that he enjoys sailing? Our very own Sailing Hugo will be leaving the office for a round the world year-long sailing trip this April.

Here are 11 of Emir’s favourite tunes (excluding the sound of the seas):

Now, over to you Emir.

The Tuamotu Archipelago, which is a chain of about 80 atolls in French Polynesia. Atolls are ring-shaped coral reefs that encircle a lagoon often with islands as part of this ring. Inside it, you get aqua blue calm waters and picturesque beaches.

Liam // If you were to create your own ultimate box of pick ’n’ mix chocolate bars (ie Favourites, Celebrations etc), which 10 chocolates would you include, and in which order?

Amy // When you were little, what did you want to be when you grew up?

Like every kid, a policeman of course, then thought being an architect would be cool, but when I got my first computer at the age of 9 I knew my calling.

Steven // Give me your best dad joke.

Brian // If your teenage years were a movie title what would it be?

Aidan // What would your dream day be if money was no issue?

Do we have to keep it PG? It would definitely involve an expensive sailboat sailing between islands in the Mediterranean, all my close friends and family onboard.

Hamish // What’s the most ridiculous fact you know?

Over 500 people have been in space, over 4000 people have climbed Everest, but less than 200 people have sailed solo around the world, and it still remains the ultimate expression of pure competition and a pinnacle of adventure.

Pete // What age do you wish you could permanently be?

Milly // If you could swap roles with anyone else in the company, who would it be and why?

Liam, so that I can organise a kick-ass Christmas party.

If it is, I would love an explanation on the Moon and the lunar eclipse, why ships disappear behind the horizon, and why I can see further the higher I am?

She’s the definition of a people person, passionate about all things events and has eaten more avocado this week than most would eat in a lifetime.

Our Head UX UI Designer (and international superstar) Zoran travelled to Sydney to work out of our office for a few weeks, and we took the opportunity to get to know the man we usually only hear over the phone a bit better. A notorious believer in the Golden Ratio when it comes to design, Zoran’s approach […]