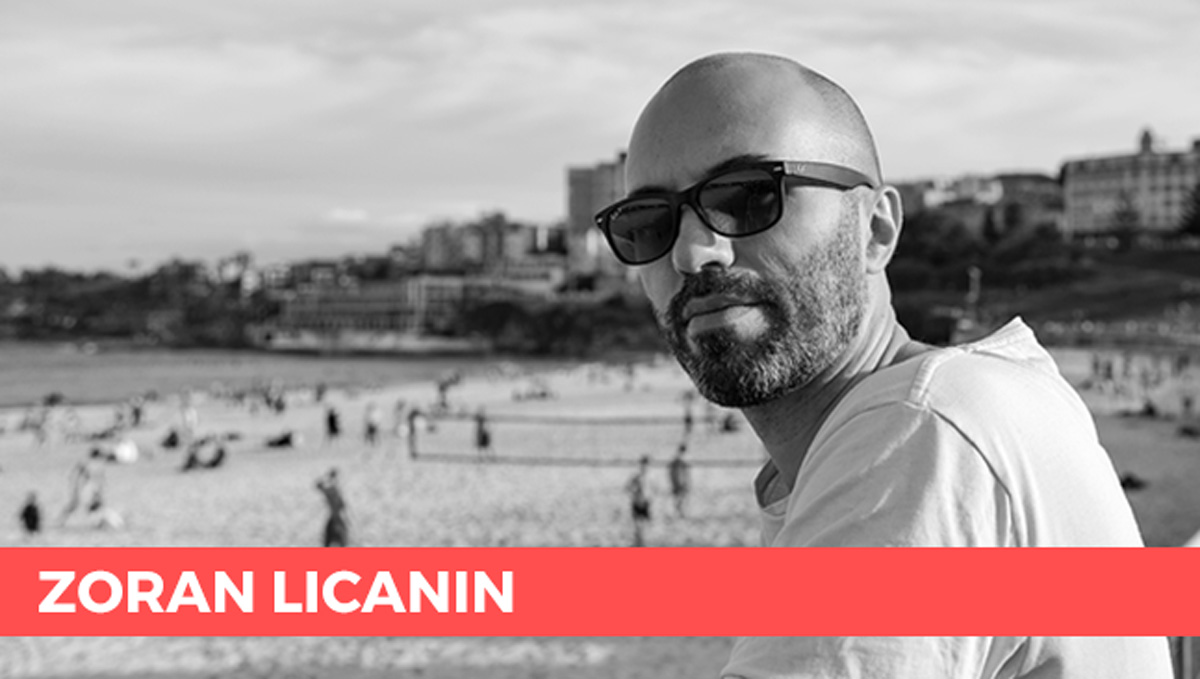 Our Head UX UI Designer (and international superstar) Zoran travelled to Sydney to work out of our office for a few weeks, and we took the opportunity to get to know the man we usually only hear over the phone a bit better.

A notorious believer in the Golden Ratio when it comes to design, Zoran’s approach to work is innovative, creative and methodical. To say he’s obsessed with design and artwork is an understatement – he even designs t-shirts in his spare time!

While he was visiting Sydney, Zoran shared his favourite 11 songs at the moment with us (because there’s nothing that unites us more than music). Here’s what he is listen to right now:

Now, over to you Zoran.

Alli // What is your earliest experience of doing ‘marketing’, whether you realised you were doing it or not?

I guess I should answer this one about design, rather than marketing. Since early age I always doodled pictures; I remember kids at school always asking me to draw something for them. I also remember making birthday invitations for everyone, playing with typography – I loved drawing letters. I didn’t realise that I was doing designs at the time, it was fun to me I guess, but I was definitely enjoying myself.

Liam // If you could have a celebrity as an imaginary friend, who would it be?

Even though he calls himself a “minor celebrity”, I think Jim Jeffries would be a cool imaginary friend. That man is insane!

Amy // If you had to be an animal, which would you choose and why?

Hmm… Maybe an owl? They are night animals, and I like to work at night.

Steven // What item that you don’t own already, would you most like to own?

It would be nice to have Gibson CS-356 Figured in Faded Cherry.

Will // If you were a dessert what would you be?

I would be Chocolate-Dipped Beer Marshmallows.

Raul // If you had a choice win a million dollars in one hit or be able to travel around the world and get by which would you pick?

Couldn’t a million dollars buy me a trip around the world?

Alex // Who or what inspires you the most and why?

Music. It has always inspired, me not just in work. I think that it’s the ultimate immaterial art, I’m never indifferent about it, and it always provides some kind of emotional state.

Jake // If you could design a Snapchat filter, what would it look like?

One that would give you a hairstyle like Vanilla Ice’s.

Elise // What are you most passionate about (besides all things digital)?

Music is my second biggest passion after design – I love composing and performing. I also enjoy travelling by car, driving through interesting sceneries and exploring new places.

Mark // What would your super power be?

Brian // What app could you not live without (excluding the usual social media apps)?

Flipboard. It’s my go-to app for any spare time I have in the day, and I’ve set it up in a way that it always feeds me interesting articles.

Oliver // What’s the one campaign you most wish you’d thought of (or helped work on)?

Because I can talk in terms of apps and websites, I would have loved to work on the Google Maps app. It’s one of the best UX UI designs in my opinion.

I can’t decide between New York or Annecy, France.

In this week’s rendition of #Dreamteam, we’re back to present to you Jaden Digital’s one and only Head of Technology, Emir Ruzdic. Smooth sailing through the IT world for the better part of his life, Emir has notched up a lifetime of technical finesse and expertise working across a wave of industries. From security and enterprise IT […]